On Saturday 5th September, Misty Moon started our autumn season off with a fun evening online reminiscing about the filming of short comedy film ‘Ready For My Closeup’ 🎥

Actress Lynn Lowry chatted to us and the audience about her experiences of working on the film, alongside director Jason Read of Robo Films, script writer Michael Haberfelner and producer, Misty Moons very own Stuart Morriss.

Lynn loved the role as Meg Topplethwaite, relishing in the different characters, badly acted by this actress who was once well known for her B movies and now locked in her world of memories and resentment that those days are now gone. Lynn drew inspiration for the character from Gloria Swanson, who played Norma Desmond in the brilliant film Sunset Boulevard.

Lynn originally came up with the idea and script writer Michael Haberfelner adapted it for screen and talked us through the writing process. Michael also had a role in the film as Craig the delivery man, where he had to hide in our wardrobe for a while, as you do! 😁

Director Jason Read, described the process of creating the film, from editing, colour grading, directing the actors and scoring the whole film! (My favourite is the guitar score in the scene with  actor George Sweeney! ) Yes! Jason is a man of many talents and one with great patience! Whilst it was a intense weekend for us, having lots of people and equipment in our home (where it was filmed) Jason had to manage filming  in a fairly small space with hoards of stuff in every nook and cranny!

Talking of our home and hoards of stuff, we both couldn’t believe how messy our house looked! Did we make it look like that especially for the film? As we were once asked! “No”, we replied, “it always looks like that!” Ha! A busy life and too much hoarding created it! Nevertheless, lots of lovely memories were made there and we look back with fondness on our crazy colourful London home, forever immortalised on film ❤️

A successful crowd funding project also brought regular  Misty Mooners together in supporting the film and enjoyed watching it again online, including Alan Hoare, who played a zombie killer and Martin Rudman, who both chatted to the audience about their fun experiences 🧟‍♂️

Well, now that Misty Moon has been involved with eight films with Jason Read of Robo Films, it’s been a blast! Here’s to the next one some day! 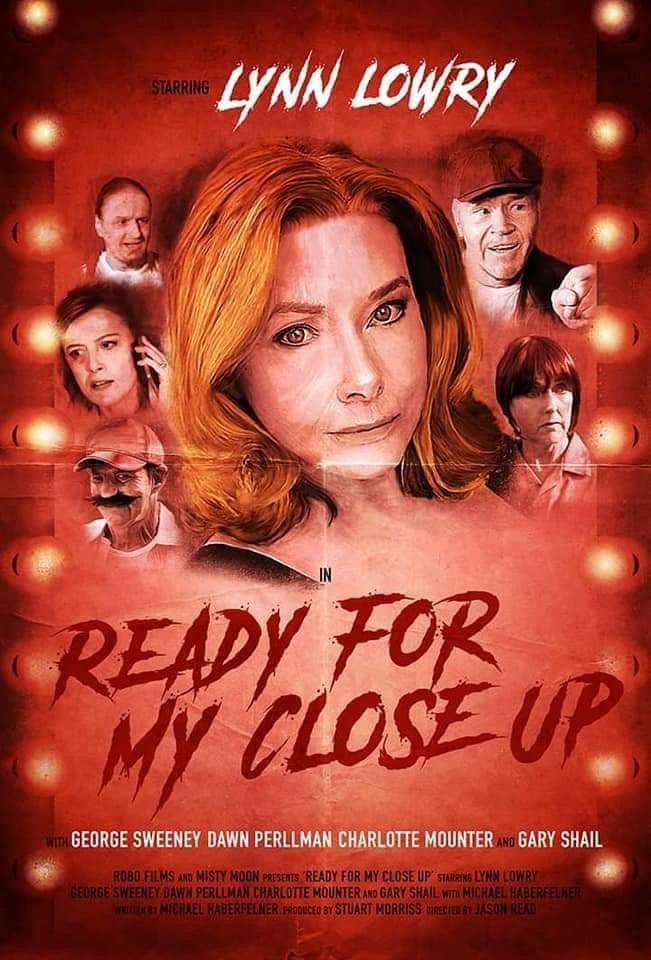